I’m Tracey, back in 2017 I was diagnosed with Breast cancer at the age of 41. I had a 28mm grade 3 invasive ductal carcinoma with high-grade DCIS in my left breast, this explained the puckering I had seen happen over the last few months.

My treatment plan was a lumpectomy with a biopsy then sent off to America for what they called an Onca test, this was to determine if the cancer was likely to reoccur and the need for Chemotherapy. My result was a 17 out of 100, so with a low score, this meant there was no need for Chemo (phew that scared me) but I had 20 rounds of radiotherapy with 5 booster sessions, these ended in October 2017.

I felt I got off lightly and played it down with my kids and family, I called it the try before you buy cancer. Little did I know that that was just the beginning……..

I will fast forward to August 2019, I had mentioned to my mum that my ribs hurt a bit, nothing major but noticeable. So when it came to my next routine breast appointment I took mum, luckily, she mentioned to the consultant about the slight rib pain.

I was booked in for a Nuclear bone scan as they thought the radiotherapy had slightly damaged my ribs and wanted to make sure. I was called back for the results, there had been an uptake and further tests were needed. What was an uptake? This meant the dye had shown areas of abnormality all down my spine. I was then sent for an MRI in September, along with a CT scan in October. All this time they kept saying about abnormalities and they needed to make sure, make sure of what? I kept asking for them to just say the word again CANCER but until they were sure it was abnormalities, possibly osteoarthrosis! As you can imagine the time it was taking and the lack of anyone being honest with me was taking its toll. I believed I had cancer again but no one would confirm this. Here then comes Google (the worst thing you can do) I gave myself 5 years, 10 years at max but without a diagnosis, I had no idea what would happen. Was I going to die sooner?

Every time I went back for a result meeting, I pushed to get answers but they would not confirm without a conclusive outcome. Let’s have a biopsy? A referral was sent to Leicester which came back as they wouldn’t do a spinal biopsy there! Another meeting and we need to rule out all the other possibilities. With further research from the breast care nurses, another letter was issued to Birmingham this time, they came back with we have reviewed the scans and this is not needed, it is fairly conclusive. Yet again I was discussed in the MDT (Multidisciplinary Team Meeting) this time a radiologist reviewed all the data and scans once more and agreed with Birmingham, this wasn’t needed all the scans had shown considerable anomalies in my spine with changes being seen with each scan I had.

I had my diagnosis, I had Metastatic Carcinoma of the Breast (bone only Metastasis) What? What was this? Even though I had told myself it was cancer again I didn’t want it to be. How could it be! It was diagnosed that 2 vertebrae in the T section of my back had a significant disease and a number of other spots on my spine. I had backache for a little while but thought nothing of it, an age thing! This is now constant pain in my lower back and has some impact on how long I can stand and walk for.

One of my first questions was as I didn’t have or need chemo by the ONCA test result would this have had any change on my diagnosis? I was told no, this is a result of the cells being transported around my body, no amount of chemo for primary Breast cancer would have prevented this but my lymph nodes were clear too? Still to this day I just think I was unlucky. I still question how this could be, why me? But why not me, it has to happen to someone! I know my family on both sides have had cancer diagnosis’s and unfortunately passed, I’m the youngest and I’m still here to fight this but wonder if this is hereditary?

I am treated with a targeted cancer treatment which is a tablet for 21 days out of 28 and because my disease is estrogen-based. I take 2 injections every 28 days, Zoladex to suppress hormones, and Denosumab to help with bone loss. I was changed from Tamoxifen to Letrozole because of being put through the menopause.

I now don’t take small things to heart; I have less tolerance for people who are shallow and out for themselves. I do take each day as it comes, make sure I do things I want to do, go places I want to see. Make as many memories as I can, we all should do this regardless of any illness. One thing cancer has taught me – life is short and we are only here for as long as we can be, never put off until tomorrow as tomorrow might never come!

I am very grateful for Breast Friends and the support I’ve had from the secondary group; without them, I would still be asking so many questions and feel very alone in the world. They understand how I’m feeling some days and so many of them are so knowledgeable, any question someone knows an answer.

Secondary is still so far behind Primary diagnosis but we are out there, we do live with it and still manage to live life.
If anyone has an ache or pain; always mention it to your health care professionals, get it checked. If found early secondary can be managed, like mine.

If you have been diagnosed with secondary breast cancer then please do reach out to our secondary cancer support group on Facebook. 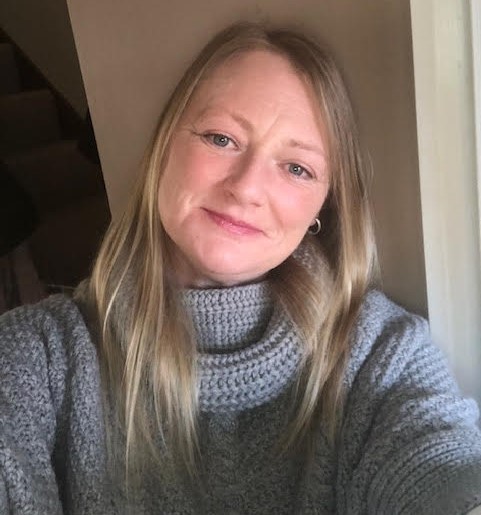