I’m Samantha (Sam).  I was diagnosed in February 2018 with Stage II Grade 3 breast cancer which has spread to my lymph nodes.  Cancer has meant that my view of the world has changed completely – my priorities have changed and things that used to worry me now don’t, but some things I would never have thought about now worry me.  Finding my new normal has been a struggle, when your world is turned upside down finding your feet again can seem impossible.

January 2018 was extremely busy and I had a mammogram booked for 8.30 am on a cold, frosty Friday morning – which I had forgotten to postpone and remembered at about 7.45 am with a horrifying shriek as I had to be at work for 9 am – driving to the hospital while trying to get hold of my boss on the phone to say I maybe a few minutes late, trying to find a parking space not too far from the breast screening.  Dashing up the steps, which were icy and arriving 4 minutes late, thinking they will say I’ve missed my slot and to come back another day.  Well, my first shock was the “hello take a seat”!  Coming out after my mammogram I dashed to work telling my partner that the results will take 2 to 3 weeks now, let’s get on with the day.

Six days later I received a phone call asking me to come to the Forrest Centre the following Tuesday.  On our way my partner and I were discussing why I had to come back, everything had moved while the mammogram was taken so I had to have it done again due to a reappearance of some cysts I had had in my left breast four years previously.  Neither of us even thought of the words that the consultant said – “you have cancer in your right breast” I argued that it was the wrong breast and it was cysts, have you got the right records, seriously I think you are wrong.  Even during the biopsy, I was still convinced the wrong records were being looked at!

A lumpectomy (or wide local excision to give it its proper name) was done with 5 lymph nodes taken.  Initially, it was thought from scans and mammograms that I had two small tumours – however, this was actually one tumour of nearly 5cm in size, and cancer cells were found in my lymph nodes, so chemotherapy was on the cards.  After watching my Mum go through chemotherapy 15 years before for bowel cancer the sensible side of my brain knew that, yes it would be tough, but it would rid my body of the invader trying to take up residence.

Chemo day arrived, I had a PICC line fitted the day before, and after being given anti-sickness tablets and a saline drip the moment that filled me with fear had arrived; EC was being linked up to my PICC line – a red liquid that gradually crept up towards my arm and believe me I watched every second of it getting nearer.  My partner was sitting next to me, and he said, just as the drug was about to go into my arm, “I expect you to die Mr. Bond”!  I nearly fell out of my chair laughing, the nurse burst out laughing as did the other lady who was just finishing her chemo journey – well by the time I looked at the tube again I was underway with chemo!  Thank you my love for distracting me at just the right moment.

Fifteen days later I lost my hair, six months later I finished chemotherapy. Two months after that I had 25 sessions of radiotherapy.  Two years later my hair has grown back, my confidence is still growing and my life priorities have changed.

The best decision I ever made was to join Breast Friends Northamptonshire as, despite friends and family trying to be there for you, there are some things that they will never (you hope) understand fully as only someone that has been on the same journey can understand.

The fears that wake you up in the middle of the night because you have unexpected pain, a feeling of being lost, and not knowing how to get back to where you were a year before.  I’m not going to lie this has been the hardest two years of my life, but the support I have had from my partner, my family, and particularly from my Mum, who we lost in August 2019 – 18 years after her own battle with cancer – and my “Breast Buddies” at Breast Friends I am now starting to feel that I have got to my new normal – I will never be the “old” me again but this is the “now” me – my outlook is very much it will be what it will be and I just have to deal with that in the best way I can for myself, my partner and my dog.

Breast cancer did not win, it shook me around for a bit, but I am back!  In fact, if I hadn’t have had this diagnosis I would not have done the Breast Friends Calendar shoot – and what an experience that was, something that I will always be proud of. The friends I have made, who during lockdown I miss so much – despite Zoom, it’s not the same and sitting at a table nattering for all we are worth. Laughing, learning how bad I am at flower arranging or wreath making (oh my lord the wreath making!) but best of all, knowing that whatever you say, however you say it, it will be understood, so thank you breast cancer for that.

I am now two years past treatment, on hormone tables with annual checks and so far so good!  The cancer has gone and I am still here to tell the tale. So I fought like a girl and I won!Thank you for reading my story. 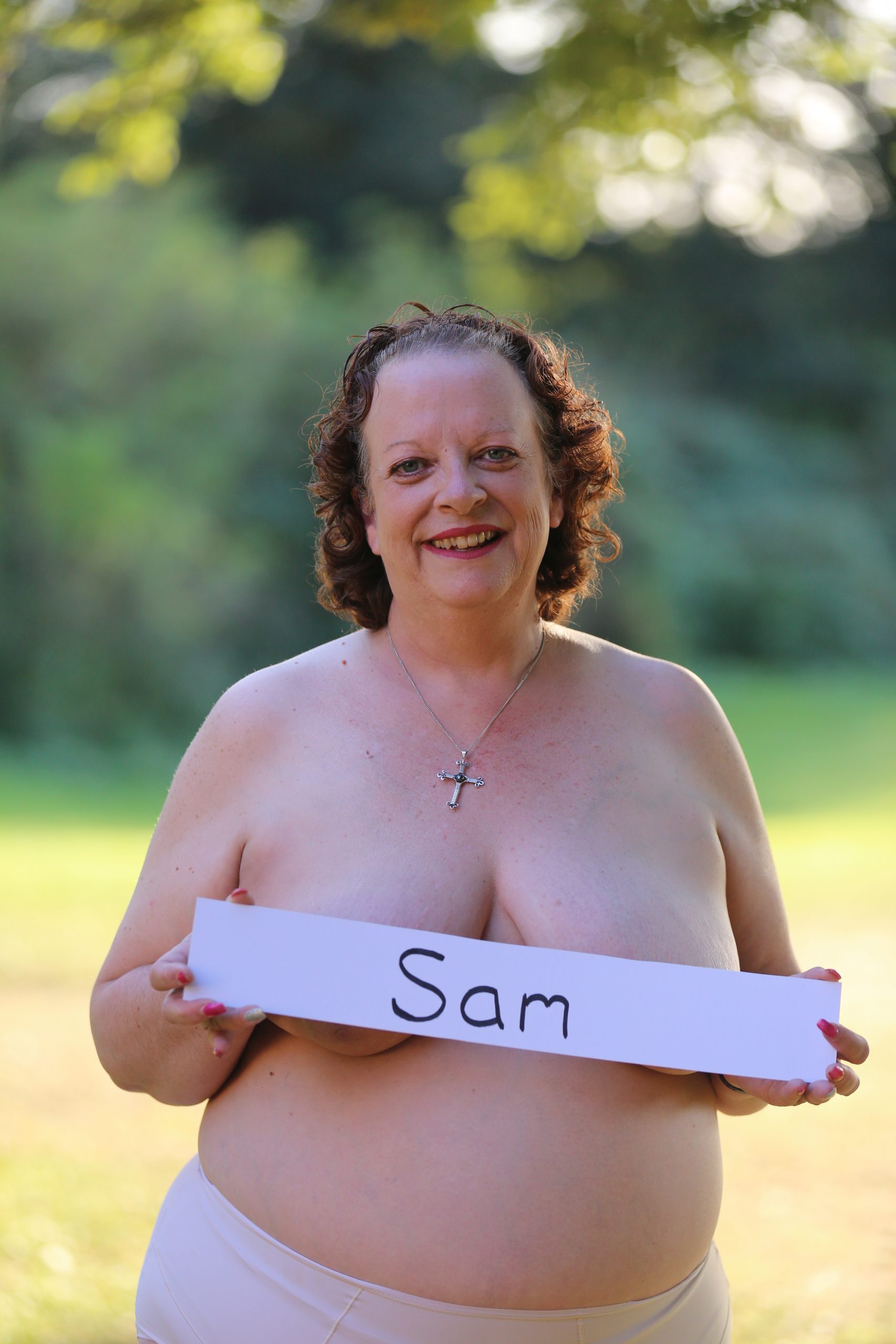