I’m Lindsay Bell, I was diagnosed on 6th March 2018 with invasive breast cancer including lymph node involvement. I was then diagnosed with lymphoedema in July 2019.

I was in shock on being told I had cancer but did not realise it.  I ended up losing my 30-year nursing career and financial independence. I have ended up with chronic pain and swelling.

I lost a lot of my confidence and my identity to some extent. I often feel angry that I now have lymphoedema too as a constant reminder.

I foolishly did not regularly check my breasts, even though as a Nurse I knew I should. Life was always too busy! I had seen a shape change, in my right breast, my nipple had inverted. I then found a large lump where the nipple has inverted.  Even then I did not rush with getting to the GPs. I had an appoinment already booked a couple of weeks ahead so waited until then.

I was seen by the surgeon and he wanted to do a mammogram and biopsy. I went along to join the rest of the ladies who were waiting, I felt as though I was on automatic, like it wasn’t all really happening.

I had my mammogram and wondered why (well I knew) I was still waiting without being sent away again. All the other ladies had been sent back to the waiting room. The radiographer said she wanted to do an ultra sound scan too.

She did this, and I was already suspicious. Then she said she wanted to do a biopsy. I asked if it was a fine needle biopsy and she said no, that they were only for cysts and fibroadenomas. Big clue, mine wasn’t one of those I thought! So mine looked like it was going to be cancer!!

The core biopsies were very painful. I started shaking afterward. I was then sent back to the waiting room in so much pain.

I was called back in and was told I had cancer. They didn’t think it had spread to the lymph nodes at this stage, so it was to be a wide lump excision and radiotherapy. But I had to come back to results clinic in 10 days.

Again I went to my results appointment from work (at the same hospital where I worked as a Nurse) They confirmed it was cancer, ER and PR positive invasive breast cancer with minor ductal carcinoma too.

I was consented for surgery at the end of March 2018 and I was pretty terrified.

I again went to the theatre by myself. For some reason, I was trying to prove to myself that I could do this by myself!! Why? I am not sure!

I remember waking up in recovery in pain. The pain relief I had at home wasn’t enough at all. But I did manage to get on top of it after a couple of days!

Then a seroma formed, a collection of fluid within my breast. It was very painful but it had to be drained and even though the thought of this was terrifying, the pain almost completely went!

On the 12th April 2018, I went back to the clinic to get the results of the histology from the tumour and to see if they had taken enough tissue away.  I did actually take my husband this time. The surgeon told me the cancer had spread to my lymph nodes.

I definitely went into a shock reaction, as people were talking and I felt as though I wasn’t even in the room. My mind was racing. They had said it wasn’t in my lymph nodes initially, so why was it now?!! Thoughts of more surgery and now chemo!

I was taken to the “room” where difficult conversations are had. I had to consent to more surgery, an axillary node clearance. And I had to see an oncologist.

My Mum, for some reason, had got the bus to the clinic and arrived just before I was called into the clinic. So, I dispatched my husband to tell her we would be a while.

I was in total shock and didn’t question anything just went along with what people were telling me. The surgeon said I would be sore after the surgery…..Major understatement.

I had the second surgery on 26th April 2018. I walked to the anesthetic room at 14:45 and was dressed and going into the car at 6 pm. This is so wrong. Cancer surgery as day surgery??!! Well not even day surgery, afternoon surgery.

I was in agony for days and now have chronic pain which isn’t well managed.

After this second surgery I went home with a drain. Even as a nurse this was hard to manage.

I had my appointment with the oncologist. I consented to six cycles of chemo, three of EC, and three of docetaxel.

I was very frightened. All in all, I seemed to get most side effects that are in the book, I was admitted after four cycles and felt absolutely awful most of the time.

After the chemo, I then had four weeks of radiotherapy. By this point, I was suffering from fatigue and side effects of the chemo, some of which I still have.

I was trying to revalidate for my professional registration too. I was exhausted.

My original workplace was not able to have me back. I asked to work in oncology outpatients, stupid idea!! I had a PTSD reaction and ended up losing my career.

I also had two severe adverse reactions to the Tamoxifen I was supposed to take as an anti-estrogen drug.  I am now not on any anti-estrogen which obviously increases the risk of the cancer returning.  I haven’t worked until this mid-October 2020 and I am no longer working as a nurse.

I am now still tired at times, I have chronic lymphoedema and have to wear a compression sleeve every day. I have nerve damage which causes pain in my chest, axilla, and arm all the time.  My feet still hurt from the sensory neuropathy that the chemo caused. I also put on weight initially from the steroids they give you during chemo, but then due to inactivity/comfort eating due to low mood.

I have been seen by a clinical oncology psychologist, and psychotherapist and an anxiety expert. I have also undertaken anxiety webinars. Nothing seems to help my anxiety levels.

I am left constantly anxious about the cancer returning, I feel half the person I was before cancer and I feel unattractive. 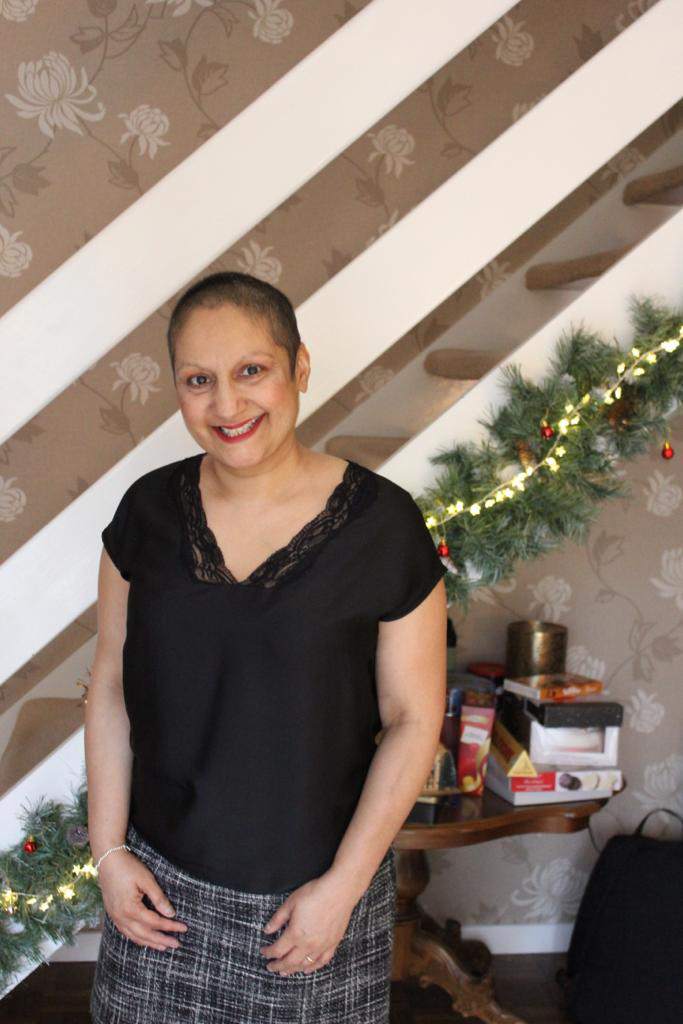