I’m Linda Jones but always been known as Lin!. I was diagnosed on 22nd July 2019 with inverted ductal carcinoma left breast cancer (B34Z).

After caring for, then losing my husband Howard in June 2018 to a five year battle for prostate cancer, my diagnosis was another bombshell in my world. How can I go on and fight this cruel disease again? I was still mourning the loss of Howard and now I’ve been dealt with this. I must be an evil woman……If it wasn’t for my wonderful family and friends and this support group. I don’t think I would be here now to share my journey.

I found a lump in my breast when I was showering and dismissed it for two weeks, hoping it wasn’t what I suspected and tried to soldier on in silence. It wasn’t until I was in bed one evening, that I leaned over to pick up my cuppa and my arm brushed my boob and it made me yelp! When I looked down my nipple was sunken and pitted like orange peel and I knew then I was in trouble.

The rest was a blur. I was referred by my G.P. on a fast track referral on 17th July and by 22nd July I was in integrated surgery. The mammogram showed up a dark shadow, so I was whisked round to have an echo scan and was immediately asked by the consultant for permission to do a biopsy of the lump there and then. I remember vividly walking out of the Forrest Centre with my beautiful daughter and we both hugged each other and cried buckets.

The next two weeks were mentally draining waiting for the positive result which arrived on 1st August. Then the plans were put into place for the lumpectomy and nipple removal with axillary node biopsy for the possible spread on 10th September.

The biopsy showed a spread so three weeks later I was back in NGH having an axillary node clearance on 7th October with a further five appointments throughout October to manage the drain and removal. Unfortunately, I then developed an infection in the breast wound and drain site which I was then admitted for 10 days on an IV drip with antibiotics.

The biggest impact has been on my mental health. The hardest moment was telling my family and friends. The biggest challenges were the recovery process and feeling a freak when I looked in the mirror. I was supposed to have 21 days of radiotherapy in December. This was delayed until 11 Feb 2020 due to the wound needing time to heal. All I could think of is this delay going to mean it’s too late as I had been told back in July that It should be three months after the surgery to have the best chance of clearing any stray cancer cells. With encouragement from family, I got through the radiotherapy and felt completely exhausted by the end of the cancer treatment.

My anxiety and depression is my main barrier for not wanting to get back into the world (and COVID shielding). Feeling a freak but only I know that – to the world, I’m all smiley.

I can only thank the wonderful NHS that cared for me, my family, and friends for driving me on and Breast Friends Northamptonshire for their wonderful support and encouragement.

I still have a few medical challenges to face with bone/ spine and neck complications. So my journey 15 months down the line is not yet over. The hardest thing for me was having to give up my career and take early retirement after 40 years of service to Avon cosmetics who also crusade and raise money for breast cancer.

Here’s to all the survivors and of course those that have not made it. God bless you all. 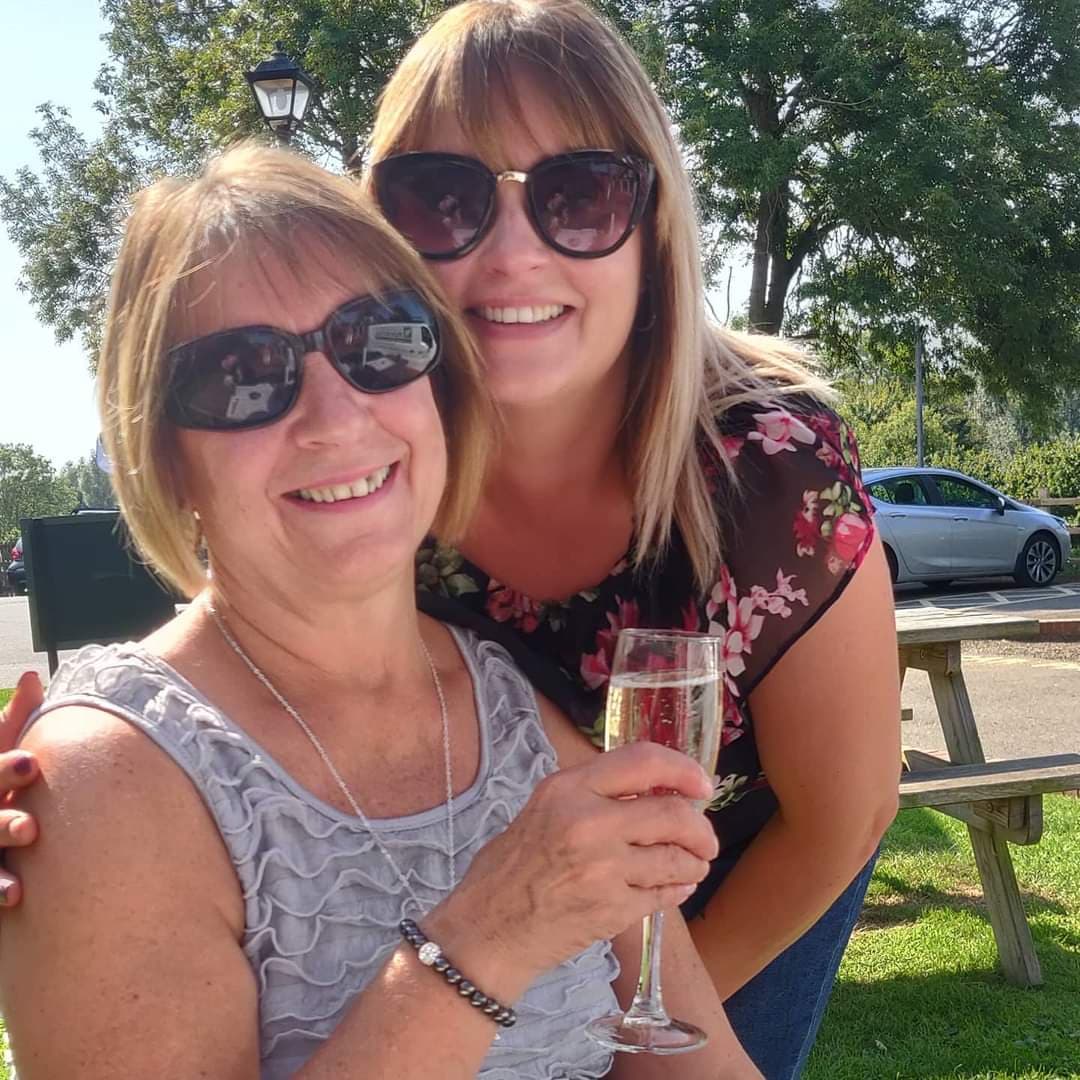