I’m Carmella Louise Jones and I was diagnosed with Grade 3 breast cancer on 11th January 2019 following a routine mammogram.  It was ER Positive and HER2 Negative.

I had a lumpectomy in February 2019 and I ended up having to have a mastectomy of my right breast in April 2019.  I then had six sessions of chemotherapy lasting an hour each time and 15 days of radiotherapy.

Cancer has meant that in my eyes now life is too short and has taught me to live life every day to the full. Cancer changed my life in such a huge way in January 2019.  The moment the breast surgeon uttered those words everyone dreads “I’m sorry you have breast cancer” my world fell apart.

My first thought was “I’m going to die” and then I broke down in tears.  It just didn’t seem real.  Everything was a blur.  It was also heartbreaking watching what happened next was 12 months of what I can only describe as a living hell.  I had to have a lumpectomy in February 2019 followed two months later by a mastectomy.  The cancer had also spread to my lymph nodes under my arm.

Losing my breast was so hard.  Even now 17 months later I find it difficult to look at the scar.  It’s a constant reminder of what tried to kill me.  I had to have six sessions of chemotherapy, each one an hour long, and done every three weeks.

After each session, I had to have injections in my stomach for eight days.  Unfortunately, a few days after each chemotherapy session, I ended up in isolation in hospital for several days as my immune system dropped and I got sepsis.

I also lost my hair two weeks after my first chemotherapy session and ended up having to shave it all off.  I was mortified and worried about what everyone would think.  I lost my nails on my toes and all the nails on my hands.  The chemotherapy also made me lose my taste.  Everything tasted metallic or slimy and even water tasted foul.  Even now there are certain foods that still don’t taste the same as they did before chemotherapy.  I also gained a lot of weight due to the steroids during chemotherapy.  During this time, my right arm felt swollen.  I had lymphoedema.

After chemotherapy had finished, I then had to have radiotherapy every day for three weeks.  This was fairly painless, until two weeks after the treatment had finished.  All the skin under my arm where they had done the treatment was badly burnt and I was in severe pain.  This had to be treated for several days.  I am now on Tamoxifen for the next ten years.
However, during this difficult period, I have made some amazing friends whom I met through breast friends, a cancer group that I was introduced to when I was told I had cancer. I have had some great times such as doing a topless calendar shoot, having fun at coffee mornings and evenings, and going on walks.

I have also had some sad times when I’ve lost friends from cancer.  In my eyes now life is too short and having cancer has taught me to live life every day to the full.  Cancer will not beat me – I will beat cancer. 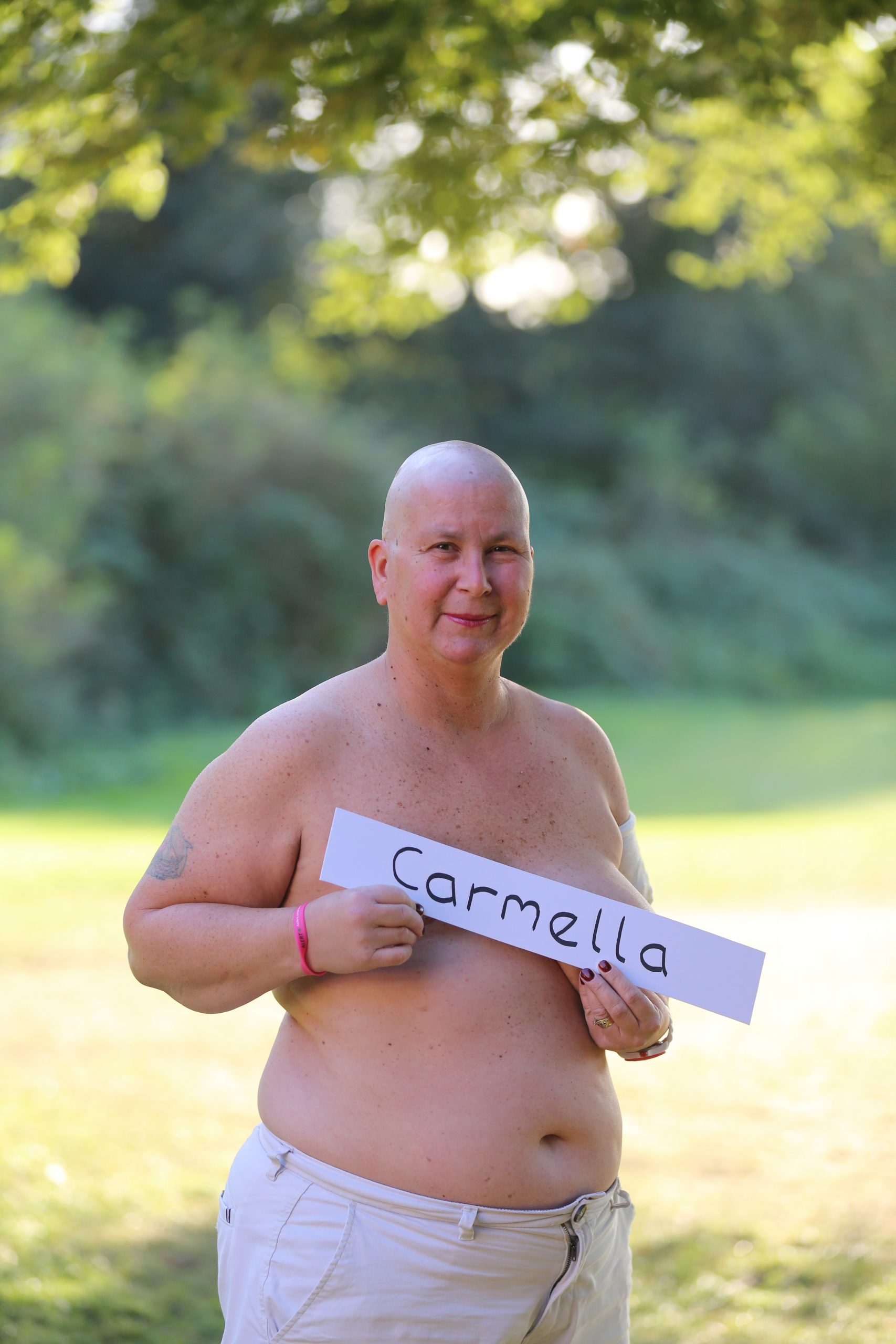